Could the Forfeiture Rule Stop You Inheriting?

We’ve written before about some of the reasons why estates cannot always be administered exactly according to the Will that was left behind. For example, if a beneficiary has been declared bankrupt, they would not be able to receive their inheritance as planned.

Another key reason why a beneficiary might not be able to receive an inheritance is if their own criminal behaviour prevents them from doing so. This is called the forfeiture rule.

In essence, the forfeiture rule is very simple. It states that a criminal should not benefit from their crime in any way. Specifically, this means that a person who has been convicted of killing someone should therefore not be able to benefit from their estate.

What does this mean in practice?

The forfeiture rule exists in order to stop convicted murderers from being able to benefit from their victim’s Will. Monetary benefit is, of course, a well-known motive for murder. There are countless case examples of fraudsters or even family members trying to exploit this.

If an individual was convicted of killing another person, that individual would be stripped of the right to inherit anything from the estate of the person who had died. This would include being disregarded as a beneficiary in the Will or losing their right to inherit via intestacy rules.

There is also a special condition in cases where the victim and their killer jointly owned property together. In normal circumstances, if one joint owner of a property was to die, their interest in the property would automatically pass to the surviving owner. However, in cases where the forfeiture rule applies, this would not be the case. Instead, the share of the property owned by the person who had died would legally pass to their remaining beneficiaries or next closest relatives as per intestacy laws.

Can there be exceptions to this?

The forfeiture rule usually comes into effect in murder or manslaughter cases, but it can also apply in less clear-cut circumstances.

For example, if a couple were involved in a car accident in which the passenger was killed, the driver could be considered legally responsible for the death if it was concluded that their careless or dangerous driving was the cause of the accident.

Occurrences like this are reasonably rare and the courts do allow some flexibility to determine whether or not forfeiture rules should be applied in each case. The Forfeiture Act 1982 gives courts the power to waive the rules in circumstances where they consider it appropriate to do so.

For example, earlier this year in Amos v Mancini (2020 EWHC 1063 Ch), the courts decided to waive the forfeiture rule in the case of an elderly woman who had caused her husband’s accidental death due to careless driving. The forfeiture rule has also been waived by the courts in cases of suicide pacts (Dunbar v Plant 1998 Ch 412), euthanasia or a cases where it has been shown that individuals bore no responsibility for the deaths of their spouses due to medical conditions or medications (Re H 1990 1 FLR 441).

Generally speaking, the forfeiture rule is usually not waived in cases where an individual has been convicted of murder or manslaughter with diminished responsibility. 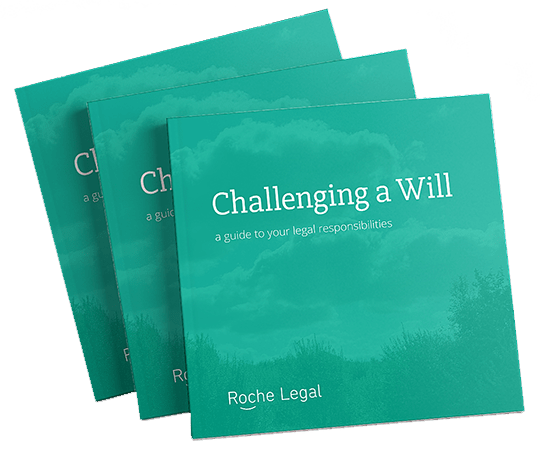 This free ebook has been put together as a guide to help you understand the process of challenging a Will.

There was a landmark case in terms of the forfeiture rule earlier in 2020. The Challen v Challen case first came to court in 2011, when Sally Challen was convicted of murdering her husband. She was sentenced to life imprisonment, but a successful appeal was heard for the case in 2019.

The appeal itself was also legally momentous, as it was granted on the grounds of diminished responsibility on the basis of Ms Challen’s husband’s long-term coercive and controlling behaviour. Ms Challen’s conviction was changed to manslaughter on the grounds of diminished responsibility, for which it was decided that her sentence had already been served.

In previous cases of manslaughter with diminished responsibility, including Dalton v Latham 2003 EWHC 796 Ch and Chadwick v Collinson 2014 EWHC 3055 Ch, a forfeiture rule waiver has not been granted. However, Ms Challen’s case was considered to be different due to the fact that her two sons supported her case, even though her winning it would mean she would inherit Mr Challen’s estate rather than them.

The key issue here was that if Ms Challen inherited the estate (which included a jointly-held matrimonial home) there would be no inheritance tax to pay. However, the full tax amount would be due if her sons were to inherit instead. In this particular case, Ms Challen had made clear that she had no intention of actually recovering any portion of the inheritance from her sons, but that she wanted them to benefit from the same inheritance tax relief that she would’ve had if she’d been the sole beneficiary.

It was on this basis that the judge chose to waive the forfeiture rules in this case, though he made clear that this was not setting a precedent for all involving manslaughter by diminished responsibility due to coercive and controlling behaviour.

How Roche Legal can help

We are reassuring experts who can help you with a wide range of legal matters. Please get in touch if you need legal support with:

If you are facing an inheritance dispute, or you would like advice on making arrangements to avoid any from happening after you are gone, please do not hesitate to get in touch with us.

About the Author: Jen Workman