There is no legal requirement for a solicitor to be involved when making a Will; ‘Do-It-Yourself’ Will kits and online services provided by unqualified or unregulated businesses are commonplace. Yet a recent case has highlighted just how vital a role that solicitors can play in the Will-making process. Whilst the benefits of having a highly-qualified professional involved when drafting a Will can be easily imagined, the particular advantages shown by this case are perhaps not generally recognised.

The case of Poole v Everall [2016] EWHC 2126 (Ch) concerned the Will of a vulnerable adult, David Poole (referred to in the Court’s judgment and here as ‘David’). David died in March 2013 leaving an estate of over £1 million. The Will in question, which had only been executed a few months before in December 2012, left 95% of David’s estate to his carer, Mr Everall. The Will had been drafted by Mr Everall himself using a ‘DIY’ online Will service.

David’s two half-brothers, Darren and Sean, brought a claim to have the Will declared invalid. They sought to have a previous Will David had made reinstated. This previous Will had been executed in February 2012 and contained no gifts to Mr Everall. It also left substantial shares of the estate to Darren and Sean, as well as Sean’s children and David’s girlfriend, amongst others.

One of the most fundamental principles of a Will is that you can leave your property to whomsoever you want. However, in reality things aren’t always so straightforward, especially when the mental capacity of the person making the Will is in some doubt.

The High Court allowed Darren and Sean’s claim. From the judgment, it is clear that the Court were convinced Mr Everall had been attempting to isolate and exploit David for his own gain.

Even so, the Court’s reasoning for declaring the Will invalid was not on the grounds that David did not have the required mental capacity, or even that Mr Everall had forced David into making the Will; the basis for its decision was that it could not be adequately proved that David knew and approved of the terms of the December 2012 Will.

How could a Solicitor’s involvement have helped?

To answer that question, it is useful to look deeper into the case’s background. David had been involved in a motorcycle accident in 1985 which left him with severe head and limb injuries. He received a large compensation payment of over £1 million after the accident. This sum was paid to the Public Guardian to manage on David’s behalf. This was because he was deemed to lack the required mental capacity to manage his own financial affairs. This was due to a combination of his injuries and mental health problems arising from drug abuse.

David was placed by the local Council with a Mr Everall who ran a kind of care home in his own home, which the latter described as ‘adult fostering’. Mr Everall’s fees were paid by the Council and also by the Public Guardian out of David’s compensation fund.

To manage David’s compensation fund on a day-to-day basis, a solicitor called Mr Lloyd was appointed to act for David in the capacity of what is now termed ‘a Deputy’. A Deputy is appointed by the Court of Protection to make decisions on behalf of someone who does not have the mental capacity to do so themselves. The powers a Deputy can hold cover all aspects of the welfare of the person being protected but, in this case, Mr Lloyd only had powers concerning David’s financial and property affairs.

Over a period of about 11 years, David had a number of discussions with Mr Lloyd about making a Will. Mr Everall was often involved in these discussions. When David said he wanted to make a gift to Mr Everall, Mr Lloyd advised against it suggesting that Mr Everall was already being well-paid for the accommodation and care he provided for David. He also advised that, as a carer, there were ethical issues raised by Mr Everall benefiting under David’s Will. Nonetheless, in accordance with David’s instructions, a Will drafted in 2003 by Mr Lloyd, did give a share of 10% of David’s estate to Mr Everall.

It was Mr Lloyd who also drafted the February 2012 Will. This followed extensive notes and consultations with David to ensure that David’s instructions were his genuine testamentary wishes. An assessment of David’s mental capacity was also carried out to make sure he had the requisite understanding to make the Will. It was found that David did have this required testamentary capacity.

Everything you need to know about the legal and financial responsibilities of caring for a loved one who is no longer able to look after themselves.

Throughout Mr Everall’s repeated communications, Mr Lloyd’s maintained that David could contact him with instructions if he wanted to make changes to his Will. However, David never did so.

Mr Everall then proceeded to make complaints about Mr Lloyd. This was just one of a series of actions by Mr Everall that the Court considered were done with the intention of ‘isolating’ David from outside influences or from people Mr Everall considered opposed to his own interests.

In another such action, Mr Everall changed David’s GP practice, so that the medical practitioners who best knew David’s mental history were no longer treating him. Mr Everall was also the self-proclaimed ‘driving force’ behind getting an injunction against Sean, preventing Sean from visiting David at certain times. The Court did acknowledge, however, that there appeared to be some justification for this, separate from Mr Everall’s motives.

Significantly, the Court noted that Mr Everall did not approach an alternative solicitor on David’s behalf following the February 2012 Will, which was something he had said to Mr Lloyd that he would do. Instead, as detailed above, he chose to draft the December 2012 Will himself using a DIY online Will service. In doing so, Mr Everall removed the protection David would have received from using a solicitor, namely, the involvement of an independent practitioner under professional obligations to act in David’s best interests.

Ultimately, the only evidence of David understanding the terms of the December 2012 Will (and the effects that they would have had) came from Mr Everall himself. He had attempted to support the December 2012 Will by taking audio recordings of conversations between him and David. However, there is a stark contrast between Mr Everall’s very brief mention of the Will’s terms and the detailed discussions David had with Mr Lloyd before the February 2012 Will was executed.

What does this mean for me?

Carrying out a vulnerable adult’s wishes when drafting their Will can be challenging. It is crucial that an assessment of their mental capacity is carried out. Also, if the Will is later disputed, it has to be shown that the person making the Will understood and approved of its contents.

A DIY Will kit, online or otherwise, unless supported by properly trained and regulated solicitors, cannot always provide the guidance or expertise required when dealing with the Will of a vulnerable person. Indeed, even in much less complicated circumstances, the absence of professional, impartial advice can cause a great many difficulties.

A professional firm dealing with Wills should have ‘vulnerable client’ procedures in place for assessing the overall situation and identifying any undue influence, pressure or ‘bullying’ that the client may be subject to.

Had a solicitor such as Mr Lloyd been involved in the drafting of the December 2012 Will, then it is likely that Mr Everall’s motives would have been identified. Under their duty to act in their client’s best interests, the solicitor would then have advised David against making the gift, as Mr Lloyd had done before. It still would have been David’s decision whether to follow that advice or not, but the presence of an impartial advisor would greatly helped ascertain David’s actual testamentary wishes.

If for argument’s sake Mr Everall had been genuinely carrying out David’s wishes, then the involvement of a solicitor would have ensured that the correct steps were taken and that the required evidence was in place to support David’s approval of the Will’s contents.

If you would like to discuss any of the matters raised in this piece, please do not hesitate to contact us. 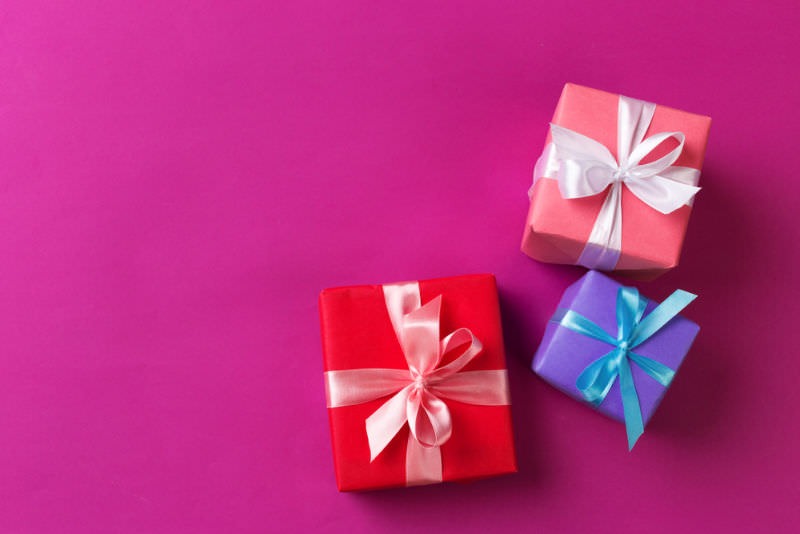 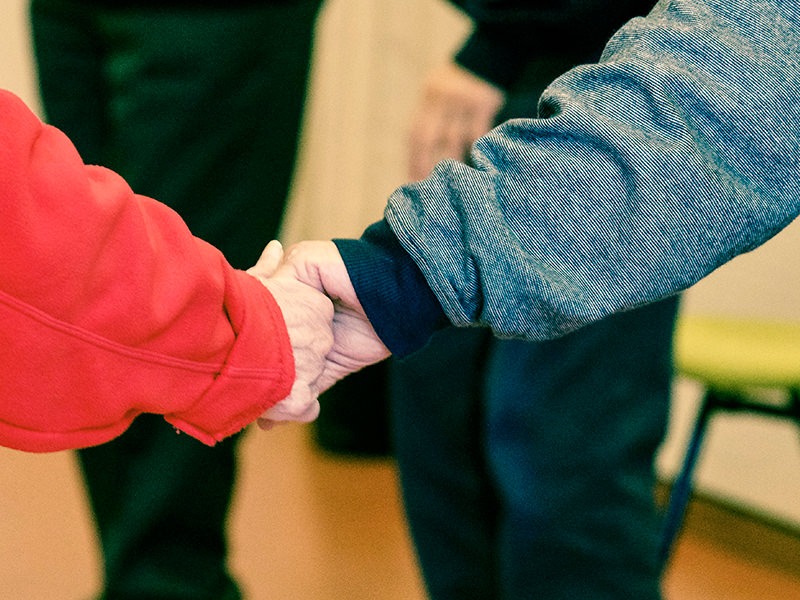 Our own Rachel Roche sits down with Andrew Gray from Truth Legal to discuss Wills, Lasting Powers of Attorney, the Court of Protection, and many… 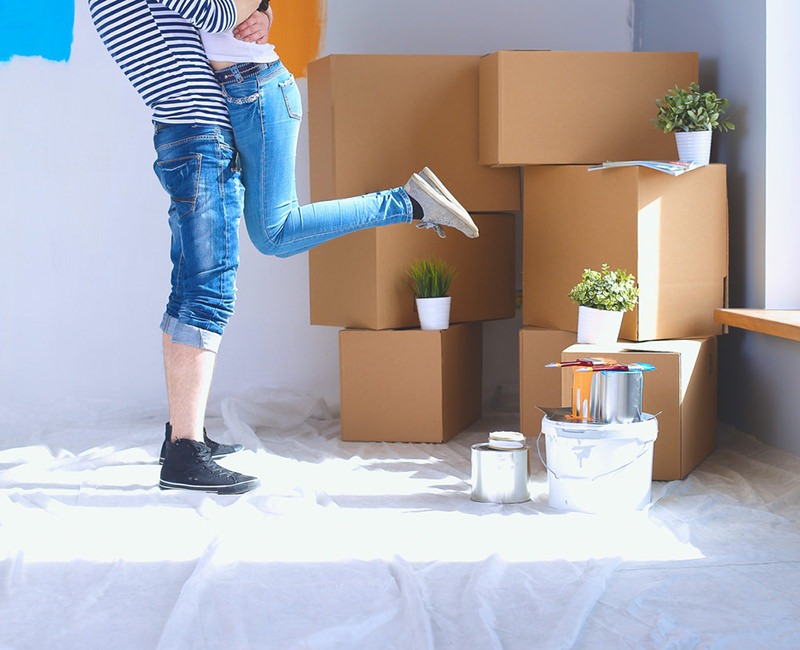 In previous articles, (here and here) we discussed how the Inheritance (Provision for Family and Dependants) Act 1975 (IPFDA) can allow claims to be made against…