Disagreements After a Death

The process of administering an estate after a death is not always straight forward. In some cases there are disagreements between executors or family members about how assets should be dealt with.

When there is a dispute about money or property during the probate process, this is called contentious probate.

When do you have the right to challenge a Will?

Not everyone has the right to challenge a Will or make an inheritance claim. Usually only those who were closest to the person who has died (such as close family members or people named in the Will) are able to do this.

It’s also important to understand that you cannot take legal action against a Will simply because you don’t agree with it. There are important legal processes and precedents to be navigated here and you will only be able to take legal action in two specific circumstances:

If you don’t believe the Will is valid

If you have evidence to show that a Will is invalid, you may be able to challenge it. This could be because it wasn’t properly witnessed, because the person who made the Will later revoked it, because the Will has been tampered with or because you believe it was made under undue influence.

The Inheritance Act sets out the concept of reasonable provision. This means that, by law, individuals who have been financially supporting those closest to them must make reasonable financial provision for them in their Will.

If you are a spouse, child, cohabiting partner or former spouse of the person who has died (or if they were supporting you financially before they died for another reason) and you feel they have not adequately provided for you in their Will, you may be entitled to make an inheritance claim. 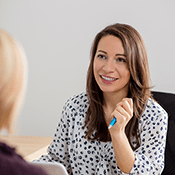 It can be very difficult to know how to proceed after this kind of disagreement. If you’re involved in a contested situation about a Will, probate, an estate, a trust or property, our specialist team can help you find the best solution possible.

What are the first steps in a dispute about an estate?

If you are involved in a dispute about money or property after someone has died, our advice would always be to seek specialist legal advice as soon as possible. An experienced solicitor will be able to advise you on what your rights are and whether legal action might be possible.

If you do decide to take legal action, your solicitor will assess all the circumstances and evidence involved in the matter to start putting a case together.

Most disputes are resolved before they go to court. Your solicitor will be able to support you through a mediation process with the other involved parties in order to come to a solution everyone can agree on.

If you’re not able to reach an agreement through a dispute resolution process, your solicitor will then help you prepare to go to court.

A trust is a mechanism to manage assets on behalf of someone else. For example, someone who has died may have left instructions in their Will for money to be held in trust for family members who are underage or are unable to manage money themselves.

Disagreements can sometimes arise over a trust. These disputes are often related to how the trust is being managed or how money is being distributed.

If you have any concerns about how a trust is being managed, or if you are involved in a dispute, the best course of action is to seek specialist legal advice.

Your solicitor will be able to assess the situation and advise on how you may be able to proceed. This could involve seeking to remove or replace a trustee.

Talk to our team on how you can challenge a will

If you’re involved in a contested situation about a Will, probate, an estate, a trust or property, our specialist team can help you find the best solution possible.

You can read about all the reasons a Will could be invalid in our ebook, Challenging a Will.

It can be very difficult to know how to proceed after this kind of disagreement. This is why we’ve put together these FAQs to help you know what to expect. Please get in touch with us if you have any questions about Disagreements After Death and our Contested Probate solicitors will be more than happy to help you.

What does contentious probate mean?

Contentious probate is a legal term that refers to situations where there is a dispute during the process of administering an estate and applying for probate. It is also sometimes referred to as ‘contested probate.’

Is there anything you can do about an unfair Will?

How long does it take to challenge a Will?

Challenging a Will is not a quick process. The length of time it takes will vary on the situation and whether the case goes all the way to court. You should expect matters like these to take a year or more to resolve.

What should you do if you believe a Will is invalid?

If you have reason to believe that a Will is invalid, we’d recommend speaking to a solicitor who specialises in contentious probate. It’s important to note that you will only be entitled to challenge a Will if you are personally mentioned in the Will, if you were mentioned in a previous Will made by the person who has died or if you are a close family member. If you don’t fit into these categories, you will not be able to challenge a Will, even if you know it is invalid.

Is there a time limit to challenge a Will?

There is no set time limit to challenge a Will you believe is invalid, though we’d always recommend starting the process as early as possible. If the estate relating to the Will has already been distributed, the challenge process will be more complicated.

If you are making an Inheritance Act claim, you will need to start your claim within six months of the date on the Grant of Representation.

Can you do anything about an executor who isn’t doing their job properly?

If you believe an executor isn’t doing their job properly, or if you disagree with how they are distributing an estate, the best thing to do is speak to a specialist solicitor as quickly as possible. They will be able to assess what rights you have the situation, and if it might be possible to request that the executor is removed from the Will altogether.

Can a trustee be removed if they are not acting in the best interest of a trust?

In most cases, a trustee can be removed if they are not acting in the best interest of the trust. How this can be done will depend on the individual trust. Your solicitor will be able to review the terms of the trust and advise you on the available options.

For much of the work we undertake here at Roche Legal, we can offer a fixed fee. For non-fixed fee work, we charge based on our time spent on your matter in accordance with our hourly rates applicable at the time.

Get the legal advice you need

Dealing with legal issues can be confusing and stressful. We understand this, and we’re always on hand to untangle jargon and offer support.